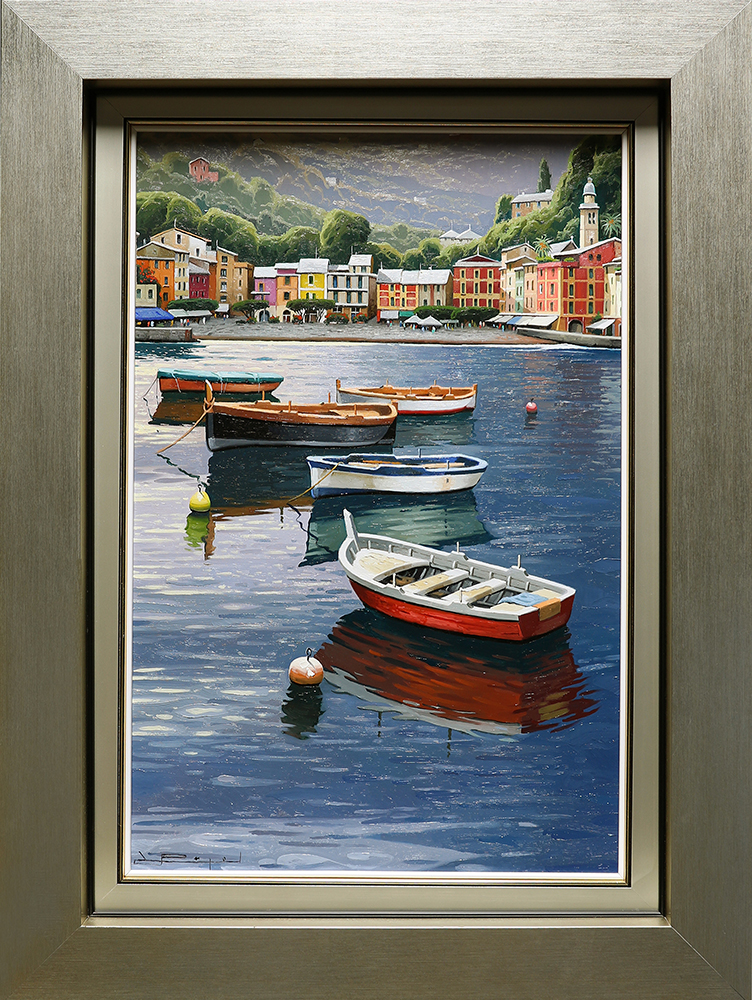 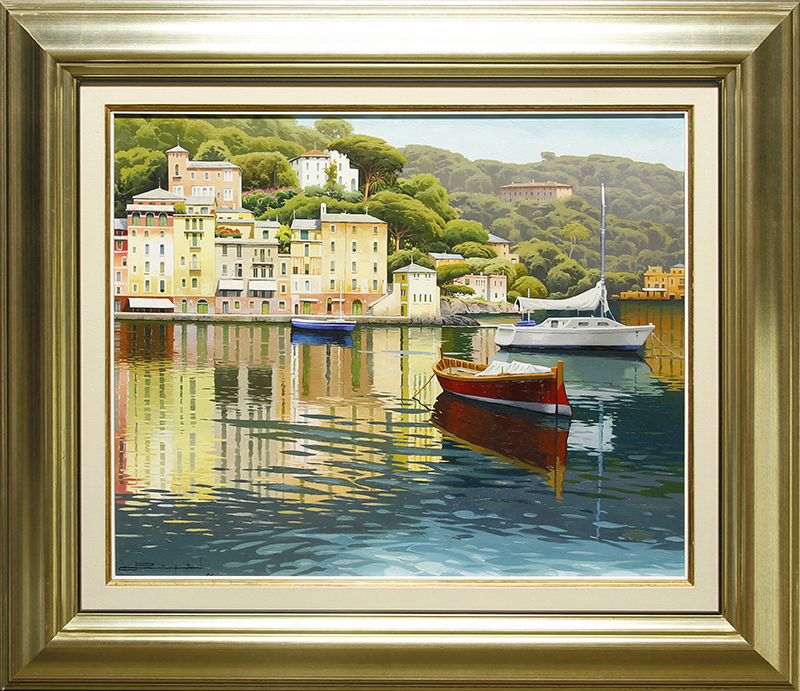 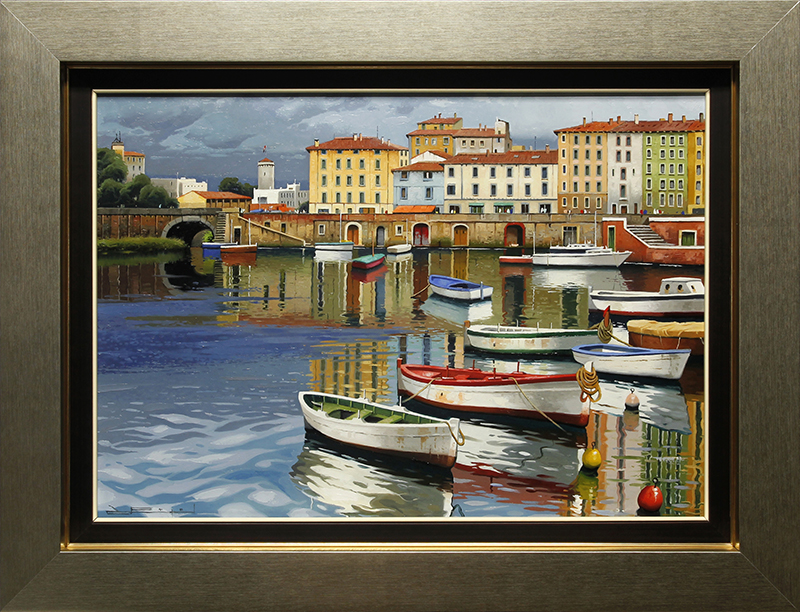 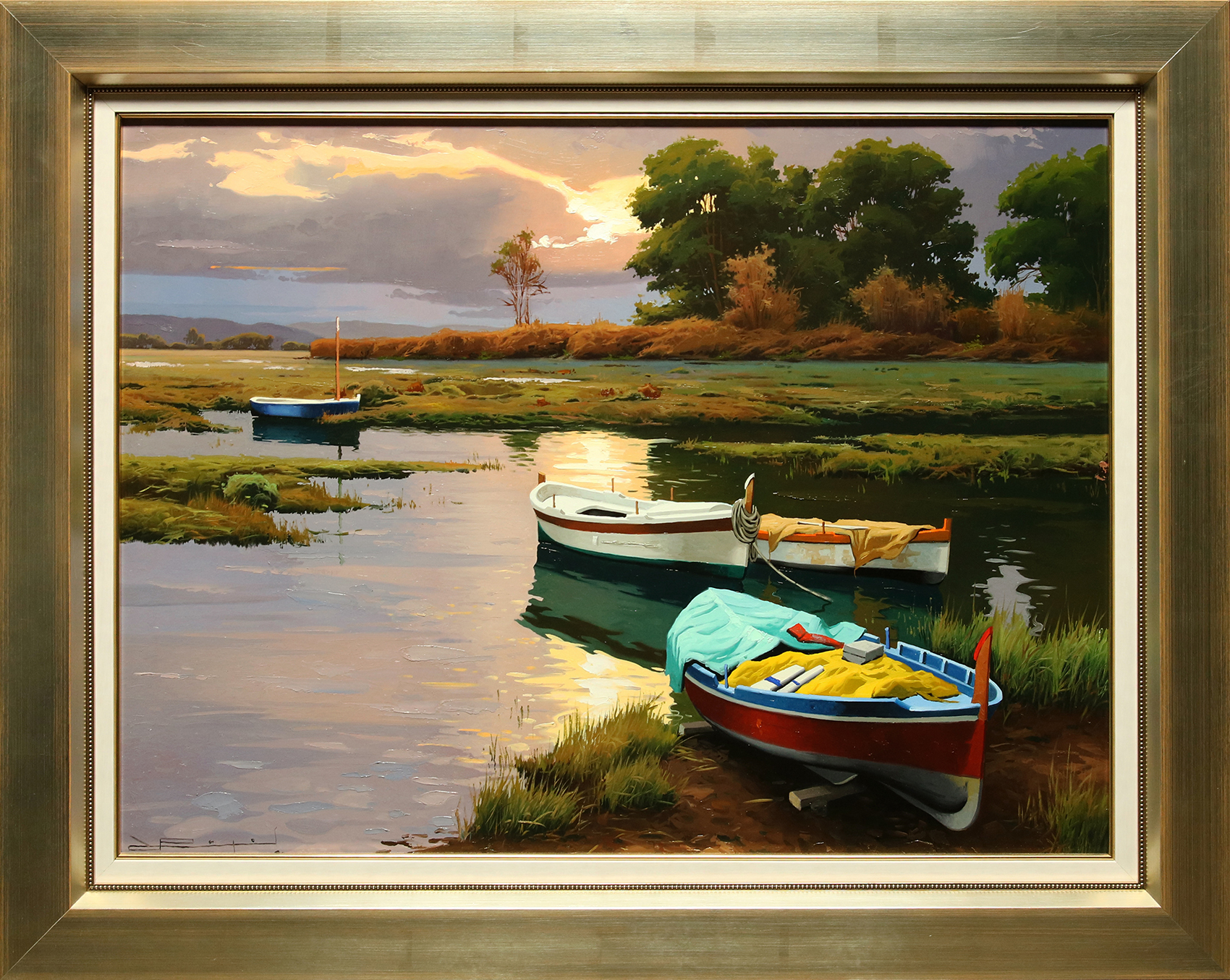 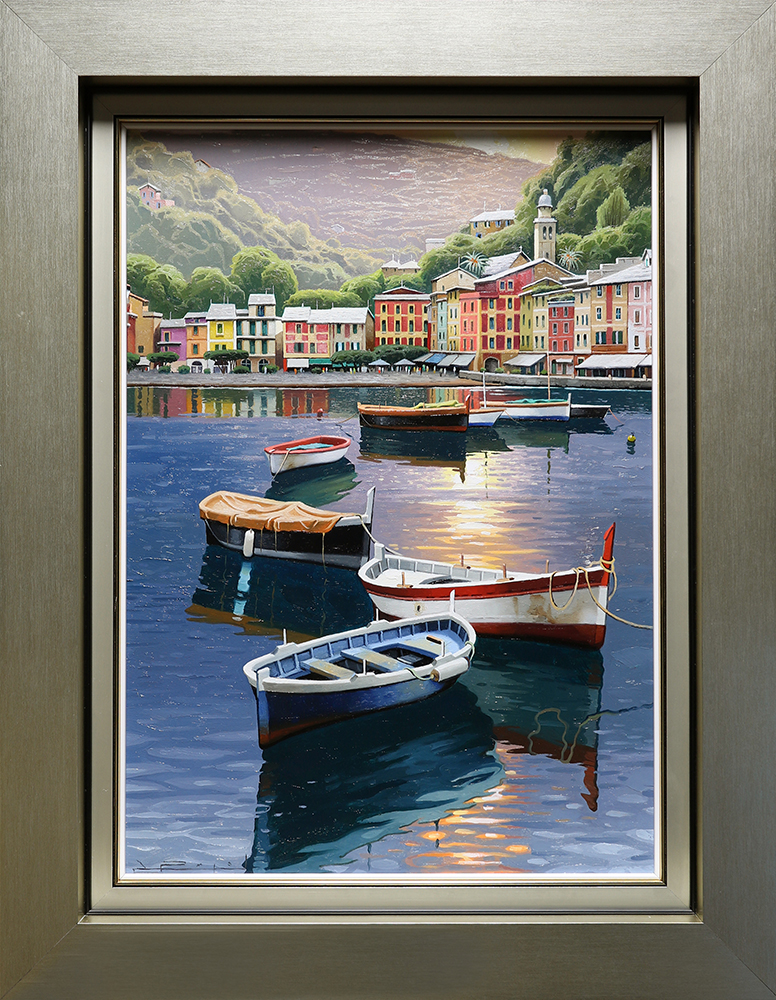 Ramon Pujol was born in Olot, Spain in 1947. His family met his early talent as a gift artist with encouragement and clear acceptance. From an early age, paintbrushes and colors were his favorite toys. Pujol says that an artist born is made and develops. As such, his first academic training was at the Escola de Belles Artes de Olot. From this training he was granted the opportunity to study under the masterful teaching of Luis Carbonell and later Gussinye, Barnadas and Collellmir. Ramon Pujol admires the styles of many different artists like Cezanne, Gauguin, Toulouse-Lautrec, and especially Monet and Manet. His main influence, although, is nature. The colors, changes in light, luminosity and opacity inspire him to depict amazing light reflections on water. Initially, Pujol insisted on the use of the palette knife. Gradually the palette knife gave way to the systematic use of brushes. With this change his paintings began to reveal a deep understanding and interpretation of depth, light and atmosphere. The meticulous style of Pujol renders a level of distinction that sets his work apart from other painters. As such, he has received gold medals at the Autumn Salon in Marseille, France and the International Salon in Evain, France, in addition to countless awards in his native country of Spain. Pujol prefers to stay away from abstract painting because he feels that understanding is a very important part of art. It is essential for the artist and the spectator to share a common bond when looking at a painting. Viewers of Pujol’s art can easily see his love for the beauties in nature and his adoration for traveling to exquisite spots all around Europe. He journeys to Portofino, Venice and La Soezia, Italy every year, along with northern and southern Spain. He also enjoys visiting Paris, Holland, Switzerland and Greece. Ramon Pujol has had an impressive number of exhibits. His first show was in 1965, when he was 18 years old and now has had over 130 in Madrid, Barcelona, Valencia, Majorca and the United States. Upon introducing the original paintings of Pujol to the international art world, reception to the work of this Spanish master has been outstanding. The alluring atmosphere and reflections of his works pull the viewer into a beautiful and tranquil world, the world of Ramon Pujol. There have been several books published on the life and achievements of Ramon Pujol. His work has been collected worldwide.